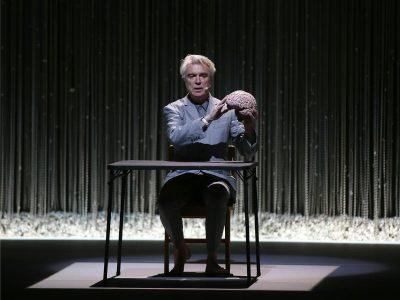 I went to see David Byrne in Asheville a couple weeks ago. We were in the first rows and the audience started following the performers dance moves. It was like being in some sorta intimate line dance with the band. It was stellar. Watching him perform is more akin to watching a preacher than a rock musician. I’ve had a long held fascination with David Byrne and I think it began in August of 1981 when MTV first went on the air and I saw this video.


I would have been just under 10 years old the first time I saw the video, but I remember quite vividly the debut of MTV on our console television in the living room. MTV aired a bunch of the same videos1 over and over, but none of them grabbed my attention the way Once In A Lifetime by the Talking Heads2 did. In retrospect, I believe the innovative use of film editing was just the product of the art school background of the Talking Heads band members. At that age, I didn’t really understand the meaning of the lyrics and it was only the motion that intrigued me. Regardless, the song reappeared in a 1989 film entitled Down and Out In Beverly Hills3, which gave me a bit of insight into the meaning of it. The theme of the film kinda nailed the existential crisis of the song lyrics. About that same time (1989) I owned exactly two concert films on VHS: The Song Remains the Same by Led Zepplin and Stop Making Sense by the Talking Heads4. Both of which are two of my all time favorite concert films. I bought up about every Talking Heads and David Byrne CDs I could get my hands on. And I played them non-stop. I had a couple friends who also enjoyed them, but they were few and far between.

Skip ahead fifteen years or so, when I met my wife in college. Two things really stood out about our first date from my other gal pals. The first is that she had a really good sense of humor, not just the giggle type, but the dark and cynical gut rolling humor I like. The second thing is that she really liked the David Byrne and Talking Heads. It wasn’t just the ‘oh yeah, they’re cool’ type of like. She knew all of the lyrics to most of the songs and understood them. The first birthday gift I ever bought her was a talking heads CD box set. We played that thing out on every trip we took. I’ve since read How Music Works6 and followed about every recording project, film, or book he’s been involved with. I’m also particularly fond of his internet radio station7 because of the way he curates the playlists. I can’t say there is anything he’s created that I don’t like. I am particularly fond of a couple though… the film True Stories, Look Into the Eyeball, and Uh-Oh. I also really like the soundtrack to The Last Emperor and it was nice seeing him play himself on the Simpsons Dude, Where’s My Ranch? and in This Must Be the Place.

Neither of us have ever seen David Byrne in concert. I bought the tickets as soon as they went on sale and put us in the second row. As with what has been noted the style of that original video in that he studied archive footage of “preachers, evangelists, people in trances, African tribes, Japanese religious sects” to see how he could incorporate them into his performance… the live performance we watched wasn’t too far off. The way he engaged the audience wasn’t that of a rock star, but of an evangelist. Because the set design was so simple and the accompanying band members engaged in a rehearsed synchronized dance routine, the first ten rows of the auditorium were completely engaged in the performance. Him and his crew were working hard breaking a sweat, and had obviously spent countless hours rehearsing the material and choreography. Like I said… it was top notch. We already knew the lyrics to the new album so we listened to the Imelda Marcos inspired musical Here Lies Love5 written by Byrne on the way up, while Ginny researched the Marcos’ real life. On the way back we listened to Brian Eno. I’d give the American Utopia concert a 10/10. And I give David a 10/10 on being an artist and a decent human being. 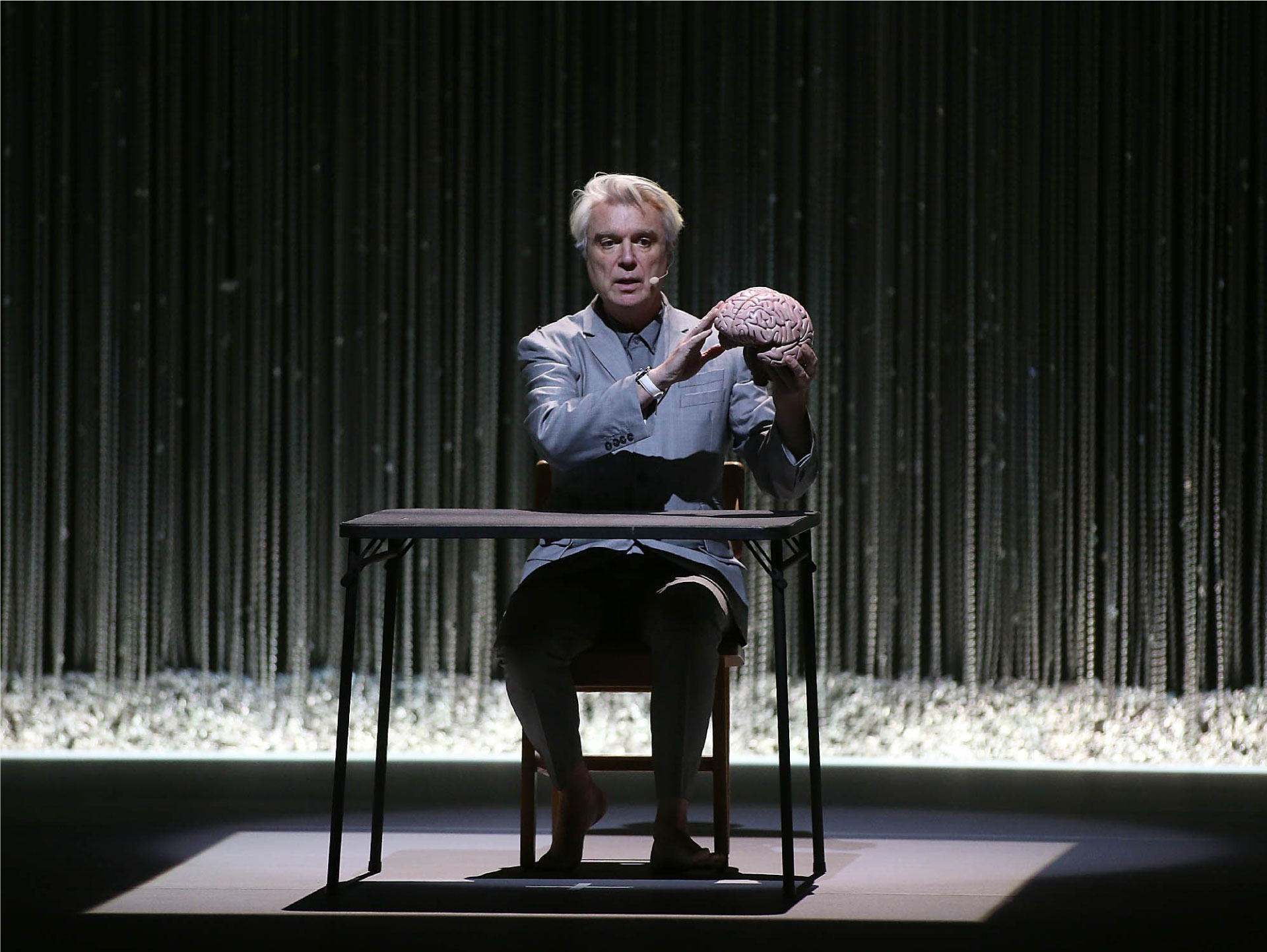